While We’re At It…

It’s not unusual for a client to engage us to help with a particular goal, challenge or space and then expand the scope of the project when it becomes apparent that a related project could make the property more enjoyable or functional.

This happened with a client I posted about recently, who initially wanted to replace a decaying back deck with a new space for entertaining and add some raised flower beds. As the concept developed, the design centered around a series of multi-level, stone, raised beds “floating” on a clean, contemporary stone terrace. While we’re at it, the client said in so many words, let’s do something about the screened-in porch and add some sort of path from the driveway and garage to the terrace.

To be sure, the entertaining area project would be vastly enhanced by adding these elements to the scope of work. Adjacent to the planned new stone terrace and raised flower beds, the unremarkable screened-in porch would have been anticlimactic. And a stone pathway from the driveway and garage end of the property past the screened-in porch to the terrace would be like extending a welcome mat to guests. While work on the terrace was in progress, Jason and the crew laid out steps that would connect the screened-in porch with the terrace and walkway. With help from our architect, Scott McClendon, we relocated an existing porch door that would have opened awkwardly onto the new terrace so that it opened out onto the steps instead. For the pathway from the driveway and garage, we chose special pavers brought in from a company in the Midwest. Not only will they easily withstand Northeast Georgia’s fluctuating temperatures, they are also solid, strong enough to handle the tractor that will be driving over them regularly. Concrete edging will keep them from shifting over time. With one of the terrace’s raised beds on one side and a generous ground-level flower bed on the other, the steps from the screened-in porch to the new pathway are a handsome focal point. The same stone, imported from India, that was used on the terrace was used for the step treads and wall caps. Although enhancing the screened-in porch and adding a pathway weren’t top of mind for the client initially, these “While-we’re-at-it” projects clearly made her entertaining space more attractive and more functional. 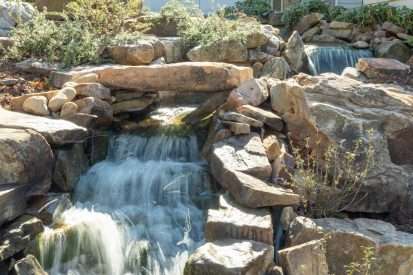 Jason and I have installed many water features over the years. They can range widely in their complexity and might be overwhelming at first to 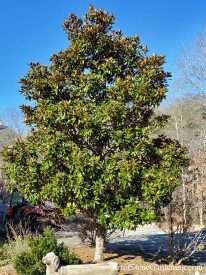 I Speak for the Trees pt.2

As a certified arborist, I guess you could call me a professional tree hugger. I recently attended  the International Society of Arboriculture conference and I