Front steps are often functional necessities in Northeast Georgia, where our homes are tucked into the rolling foothills, mountains and valleys. Beyond that, they can also be key elements in the well-planned landscape.Their design can literally “elevate” a home from ordinary to grand, making it appear larger and more elegant. Or offer a more down-to-earth transition between the hard, angular lines of a home’s architecture and a softer front lawn or garden space. Either way, front steps are part of that oh-so-important first impression, whether being seen from the street or under the feet. The owners of this handsome home knew all of those things. But they still found themselves treading lightly last year when they realized their front steps were breaking bad(ly).

We had seen this problem before. Sometimes, steps and porches are installed on top of loose soil that later settles, taking the steps down with it. The soil should always be compacted before steps, porches, patios or other structures are built on it. Steps can fail if they are not attached to the house when they are constructed. When we build or replace masonry steps up to a house, we always drill rebar into the foundation to secure them. Moisture or runoff water issues can also cause the soil underneath steps to erode.

As this client discovered, there’s another reason that good steps can break bad.

Chipmunks! The little darlings had burrowed underneath the front steps and set up housekeeping there.

Chipmunks are cute, and they’re usually harmless, choosing to burrow next to tree stumps and fallen logs in wooded areas or beside woodpiles or rocks in yards. They have been known to destroy bulb plantings and roots of shrubs, but that’s another story for another day. It’s when they start digging at the edges of patios, house foundations, retaining walls, steps and other structures that they can become a major nuisance—and a safety hazard.

They keep digging until they’ve created intricate, 10- to 30-foot long tunnel systems with separate chambers for birthing babies, storing their nuts, seeds and berries, and doing whatever else it is they do down there. With all that soil excavated, steps, patios, retaining walls and other structures end up with no solid ground below them, and they eventually break, crumble and sink. In this case, the landing had been attached to the house and was still intact. But the steps and the concrete they had been built on had to be removed. It’s hard to believe a scurry of little chipmunks could cause so much damage!

Much of the sidewalk was okay, but we had to replace a large section of it. You can bet the crew compacted the soil well before pouring the concrete into the forms. Once the concrete cured, the steps could be rebuilt on the new, solid foundation. The finished steps are safe and on solid ground. We even added a touch of elegance to the design, extending them out to the ends of the landing and angling them to match the curve of the sidewalk. Now they add to the home’s curb appeal and look great underfoot.

Now that it’s spring, chipmunks are moving around, and they’ll be bearing youngsters through April and again between June and August. While there are some strategies for relocating or otherwise dealing with rogue chipmunks, you can’t interfere when they’re raising their babies.

As with so many things in life, it’s best to prevent a chipmunk problem before one starts. It’s a great idea to walk around your property every so often to check for signs that they or other critters might be getting a little too close.

You can find some good tips for keeping chipmunks out of places you don’t want them from the Humane Society, and the University of Georgia Cooperative Extension service offers some advice on Resolving Human-Nuisance Wildlife Conflicts that includes information about chipmunks. These two organizations come at the issue from slightly different perspectives, so read up and decide which side of the steps, patio or retaining wall you’re on. 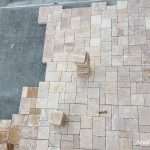 Coming to Grips with Gravel

Coming to Grips with Gravel: What it is and How it’s Used  I have 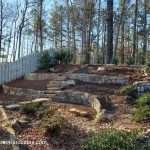 Picture this. You’re having a backyard party. You’re just putting the finishing touches on 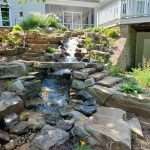